The Celebration of the Eucharist

St. Luke’s celebrates the Eucharist, the Holy Mass, as “the source and summit of the Christian life.”

The Catechism  of the Catholic Church states: “The other sacraments, and indeed all ecclesiastical ministries and works of the apostolate, are bound up with the Eucharist and are oriented toward it. For in the blessed Eucharist is contained the whole spiritual good of the Church, namely Christ himself, our Pasch.” 1324

What do we mean by “source and summit”? Mark Brumley, Managing Editor of The Catholic Faith Magazine, Ignatius Press, explains:

Christian spirituality, then, is a two-way street. It leads us from the Eucharist as our starting point out into the world of daily life and it takes us back home to the Eucharist after our sojourn in the world.”

We invite you to join with us in the celebration of the Mass and, for those who are properly prepared, the reception of the Eucharist, at four Sunday Masses or seven daily Masses throughout the week.

“…Only through the Eucharist is it possible to live the heroic virtues of Christianity: charity, to the point of forgiving one’s enemies; love for those who make us suffer; chastity in every age and situation of life; patience in suffering and when one is shocked by the silence of God in the tragedies of history or of one’s own personal existence. You must always be Eucharistic souls in order to be authentic Christians….”

Parishioners are invited to consider attending the “VIRTUAL” Focolare Mariapolis to be held on Saturday and Sunday July 11th and 12th.  Registration and More Details can be found in the links below:

For More Details on the event https://westmariapolis.focolare.us 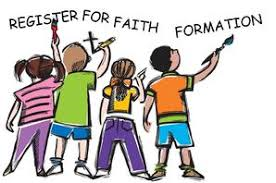 PREP FORMS
Forms are available in the Faith Formation section of this website.  Payment can be made by credit card by contacting the Parish Office.  Questions?  Contact Lisa Doucette at stlukesprep@telus.net.

Register now to be included in the next intake  starting soon.

Please join us.  All are welcome! 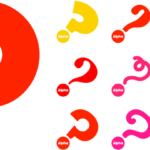 Please note all events are on hold until further notice.  Thank you for your understanding.